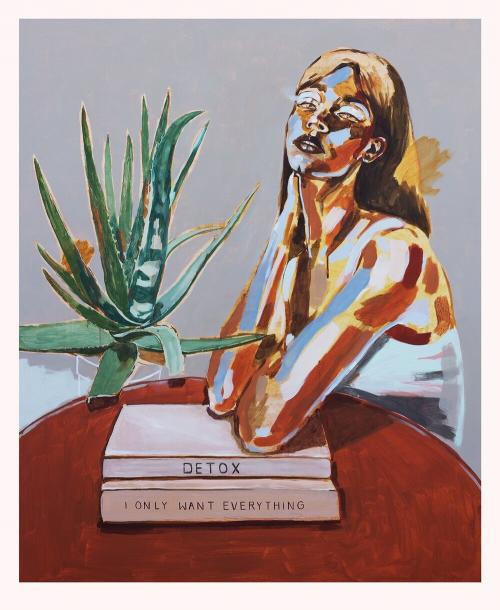 Marcelina is a UK based contemporary artist working with mixed media approaches to print, painting and drawing. She often draws inspirations from her Polish heritage, looking to religious iconography and folk tales, as well as childhood memories, the power of dreams, spirituality, sexuality, and the human condition. According to her Mum, Marcelina started drawing before she could properly speak. She has been featured in publications including Booooooom, Bomb, Art Maze, Create Magazine, Digital Arts, Vogue, Refinery29, The NY Times, Der Spiegel and Ballad Of Magazine. She exhibits work throughout the UK as well as internationally and was a featured artist of the 2017 edition of the London Illustration fair and led a The Big Draw sketch walk for Apple. Marcelina is also a founder of artbrand Mesh Studio. Marcelina says ‘I like to play at the tense borders between lust and innocence; joy and sadness; fun and pain. My interest in juxtaposition comes from my origins and fascination with East European culture which was eloquently described by Grayson Perry as ‘nowhere else could such horrific grief be met with such fairly-tale romanticism’. ‘I tend to utilise nature as a metaphor for everyday feelings and headaches. My recent work also dwells into themes of self acceptance, body positivity, representations of the female sexuality, gender, migration, and society. Although some of the subjects I take on are often quite dark I like to think that there is some humour and light in my finished artwork.’